ZD Krásná Hora nad Vltavou a.s. is located in the region of Middle Povltaví in the district of Příbram, about 80 km south of Prague, in rugged terrain withan altitude of 350 to 450 m, with an annual rainfall of around 500 mm. The soil are predominantly sandy and lands are smaller, with great slopes.

The company transformed in 1992 from the former JZD Krásná Hora with an area of approximately 1800 hectares. After the transformation it gradually took over the companies ZD Vysoký Chlumec, ZD Svatý Jan and ZD Třebsko on an area of 3810 hectares. Since 1st January 2003 the legal form has changed to a joint-stock company. Since 1st January 2005 there has been a merger with ZS Petrovice (an area of 1540 hectares). In 2014 our company leased the school agricultural enterprise JČU in Haklovy Dvory with an area of approximately 700 hectares. Our current total area is about 5260 hectares of an agricultural land. Of which 620 hectares own and other leased, for which we pay rent approximately 3700 CZK/ha.

Our main focus is livestock production – breeding 4200 pieces of cattle. Of which 1530 dairy cows and 410 suckler cows. To the diary we deliver annually more than 15 million liters of milk.

Our kitchen cooks about 500 lunches a day for our employees, also for retired and foreigners. We do deliver lunches into the surrounding villages Total annual outputs range from 340 to 350 million CZK. The total value of the property is 653 million CZK. Of which ekvity: 592 million CZK, and share capital: 441 million CZK. 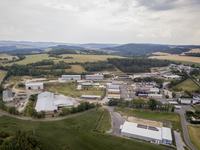 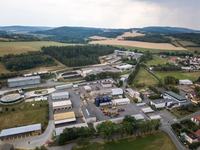 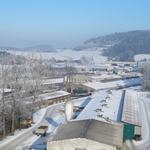 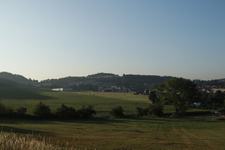